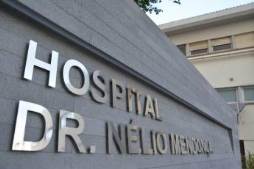 In the latest news, the Diario reports that at what has become a regular daily press conference, the vice president of IASAÚDE, Bruna Gouveia,  there are six confirmed cases of coronavirus in the Region. Two of these have double validation both locally and at the Ricardo Jorge Institute in Lisbon, whilst four have had positive results at the  Regional Health Laboratory but are awaiting confirmation from the main testing laboratory on the mainland.

Of the positive cases recorded, one is from a Madeiran woman from Dubai, as reported here yesterday, whilst the remaining five are all Dutch citizens. All are stable and hospitalized in the isolation unit of Hospital Dr. Nélio Mendonça. There are four suspected cases of infection with the new coronavirus, all of which were detected today, awaiting the first result from the Regional Laboratory.

The news from the hotel where the first case of COVID-19 was detected in Madeira, 104 guests are in isolation, while some of them, who were asymptomatic and had no contact with the infected Dutch tourist, have already returned to their countries.

There are four additional suspected cases of infection with the new coronavirus, all of which were detected yesterday, awaiting the first result from the Regional Health Laboratory.

Also according to the official, from Friday until yesterday, about 7,500 people were assessed at the entrance to Madeira Airport, many of them residing in the Region, some of whom are in mandatory quarantine. According to Bruna Gouveia, a total of 340 passengers arrived in Madeira yesterday. 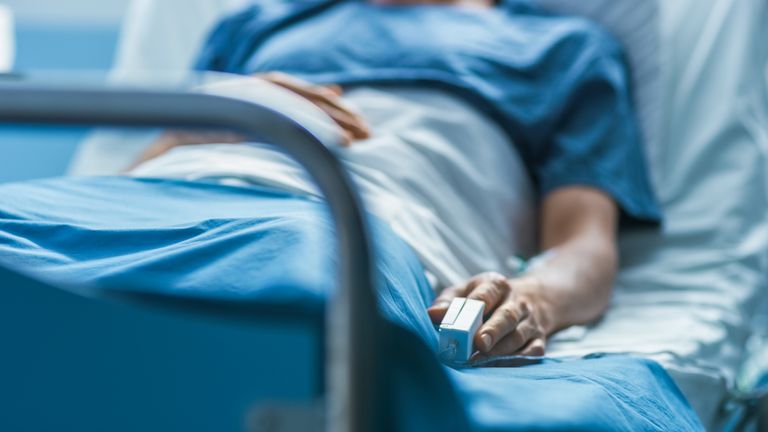 JM report that the Madeiran infected with coronavirus, a resident of Câmara de Lobos, is frightened that she has the virus and told how she was mistreated when she received the news that she was infected, in emotional statements to TV station RTP Madeira.

The symptoms started when she was in Dubai, the final destination of a cruise she took with family and friends. On Saturday afternoon she arrived in Lisbon having developed a cough and travelled to Madeira on Sunday morning with the same symptoms. She asked no one in the family to pick her up and took a taxi home, after completing the survey at Madeira Airport.

On Monday, she started with a fever, which increased on Tuesday, despite taking medication to fight what she thought was a “flu that was going to pass”. After speaking to a doctor she was told to go immediately to the Hospital, and went to Urgencia “in her own vehicle” and was sent to isolation from there.

She says that every time she asked what she had or why she was changing rooms, she only received vague answers, such as “the doctor thinks it is a blood infection”, and was told that they still did not know the results of the tests. On Wednesday morning the results of the analyses arrived and the way she was told left her in a state of shock: “You already know you have the virus, don’t you? Do you already know that you have the disease? ”.

The patient said she did not know, because “no one had told her” and received the answer: “Don’t you know you have the disease? Since morning, everyone knows and you don’t know”? It was at this moment that, in a panic, the Madeiran woman started to cry, as she was told, as she told RTP Madeira: “Will you continue to cry or will you hear what I have to say? Look, I have more patients to treat, I don’t just have you. If you want to hear what I have to say to you, shut up, or else I’m going to leave”.

The treatment allegedly left the patient “inconsolable”. The fever, however, went down and the Madeiran woman is already showing slight improvements, although she admitted, emotionally, that she hopes “not to die”. She remains in complete isolation, unable to receive visitors. 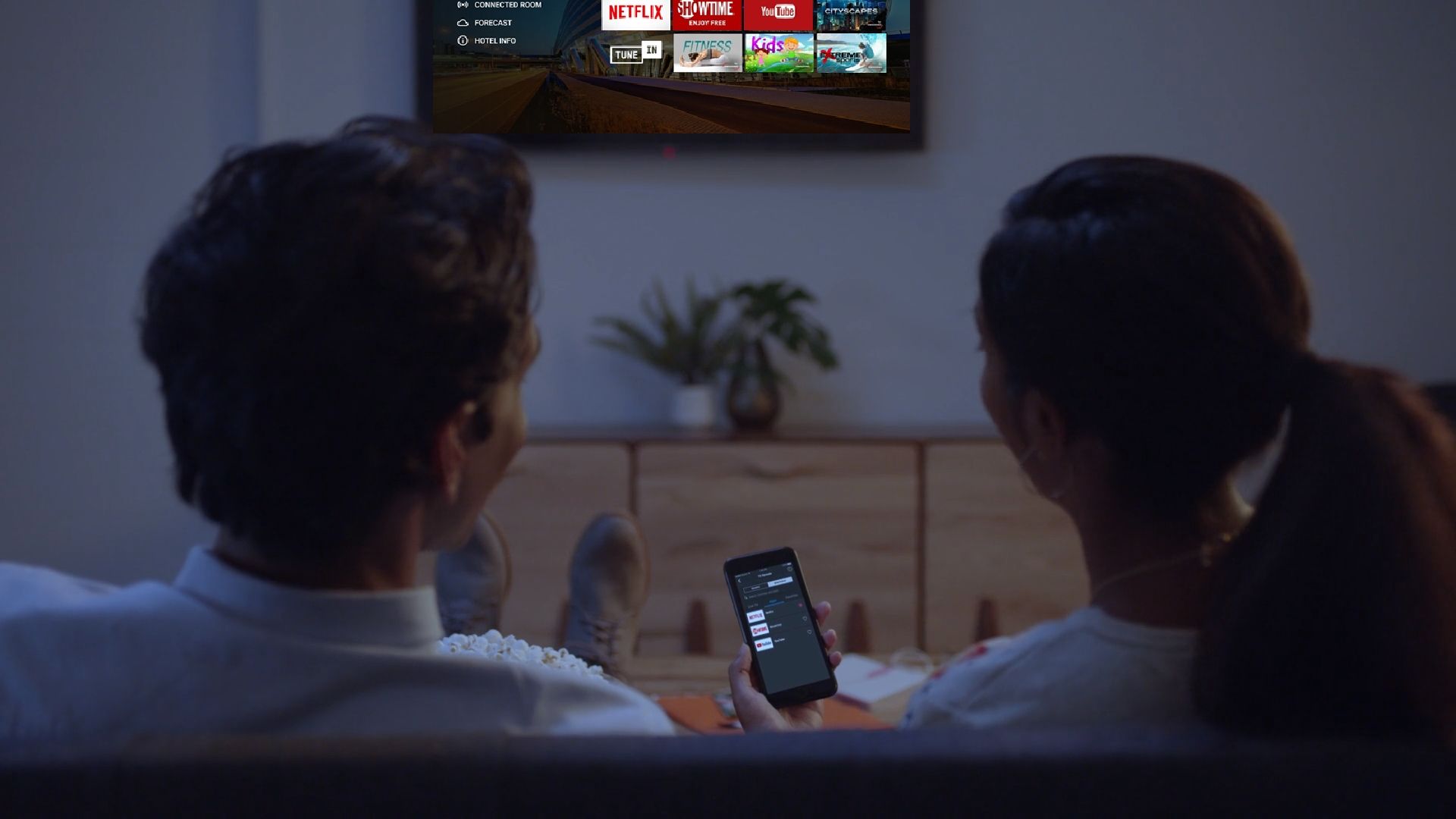 Hours after the EU called on telecom and streaming service providers to help reduce network congestion during the coronavirus pandemic, Netflix has announced that it will lower its streaming bitrate for the next 30 days.

“Given the extraordinary challenges raised by the coronavirus – Netflix has decided to begin reducing bit rates across all our streams in Europe for 30 days,” the company said in a statement.

The overall reduction in bitrates will reduce Netflix’s data consumption by about 25%, which is pretty substantial as the service – on average – uses between 1.9 GB and 2.55 GB per hour of streaming HD video.

Netflix says some users will experience a decrease in video quality while others might not, though no user should experience a significant loss in quality thanks to Netflix’s streamlined compression algorithms. That said, for those who want to do more, the European Commission is encouraging users to switch to standard definition when HD and 4K content aren’t necessary. 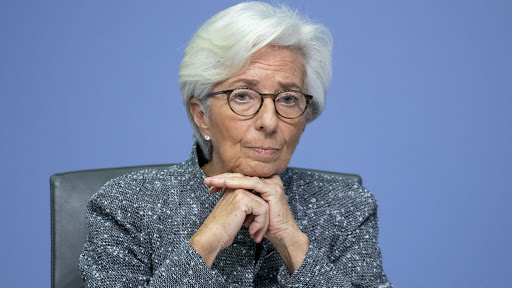 The FT reports that Christine Lagarde, ECB President, triggered a bond market sell-off yesterday as she launched a package of measures to alleviate the economic chaos caused by the spread of coronavirus, saying it was not the European Central Bank’s role to respond to movements in government debt markets. The ECB announced it would expand its quantitative easing programme with €120bn of extra bond purchases, launch a new programme of cheap loans to banks.

However, French President Emmanuel Macron said the ECB’s response was insufficient. He called for it to do more, while stressing that Paris would “not allow a financial and economic crisis to spread. We will react strongly and we’ll react quickly.” Sergio Mattarella, Italy’s president, registered his disappointment with Ms Lagarde’s comments by saying that in its hour of need, Rome expected “at least in the common interest, initiatives of solidarity and not moves that can hinder their action”. After she spoke Italian sovereign bond prices fell by a record daily amount,

The Wall Street Journal reports that Christine Lagarde has joined the global “whatever it takes” chorus, and the eurozone’s fate hinges on whether her “whatever” is enough. The pandemic response the European Central Bank unveiled Wednesday night may be Europe’s last, best hope of averting a deeper financial crisis and perhaps a breakup of the currency bloc.

MSC Cruises confirmed yesterday that it has suspended all new cruises across their entire fleet until April 30, in light of the extraordinary circumstances the world currently faces due to the COVID-19 virus. Ships that are still sailing will complete their current itinerary to take travellers to their ports of landing and these vessels will also suspend their operation.

MSC Cruises offers guests affected by this extraordinary measure the opportunity to transfer 100% of the money paid for their cancelled vacation, in addition to an additional credit for a future cruise of their choice at any time until the end of 2021.

At this time, new cruises are scheduled to restart from April 30th. For additional information, guests should contact their travel agent or consult our website at the following link: Suspension of the fleet until April 30