… is the strongest for 45 years 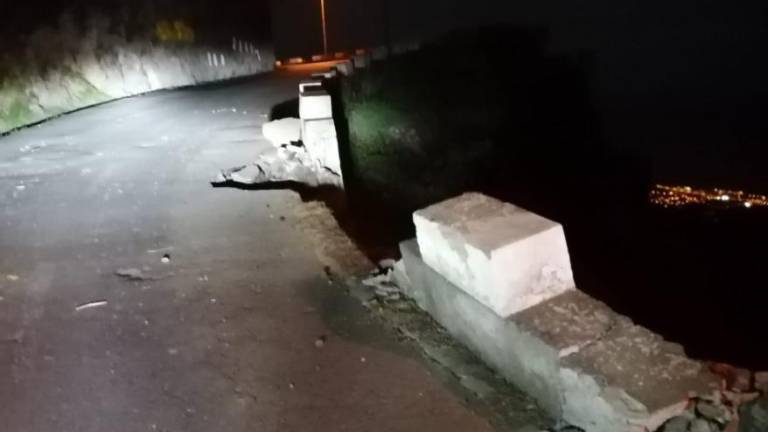 This is being reported after the event because of ongoing problems caused by the volume of traffic on this website, which went through the roof last night after the island felt a significant earthquake. The number of “hits” on the server simply brought it to a halt, although foul play has not been ruled out, and it is struggling again this morning, so apologies to all!

The Portuguese Weather Institute (IPMA) initially issued a press statement reporting that the earthquake’s epicentre was registered about 40 km southwest of the Deserta Grande last night (Saturday), at 20:58 (local time) and that so far it had not caused material or personal damage. The epicentre was 50 km from Funchal. Later reports, however, say that there was minor structural damage, with three roads collapsing and some minor landslides.

The earthquake was first reported as being 5.3 on the Richter scale but later reformulated to a magnitude of 5.1. A lot of tremors around the Azores reported here recently have been in the 3 to 4 range on the Richter scale and always described as “not being felt” by the local population, but this was certainly noticeable throughout the majority of the island.

There was actually a second earthquake, which was almost imperceptible but very close to the first, at 9:22 pm, from 2.4 to 2.3 on the Richter scale.

The situation on the island was relatively calm after the earthquake, with a few – but certainly not all – residents of Funchal taking to the streets with a little trepidation in the event of there being another. There actually was a second earthquake, which was almost imperceptible but very close to the first, at 9:22 pm, measured at 2.3 to 2.4 on the Richter scale.

According to IPMA, the earthquake that hit the island is not of volcanic origin and will be related to a readjustment of tectonic plates. They declined to rule out with 100% accuracy, the re-occurrence of similar events. 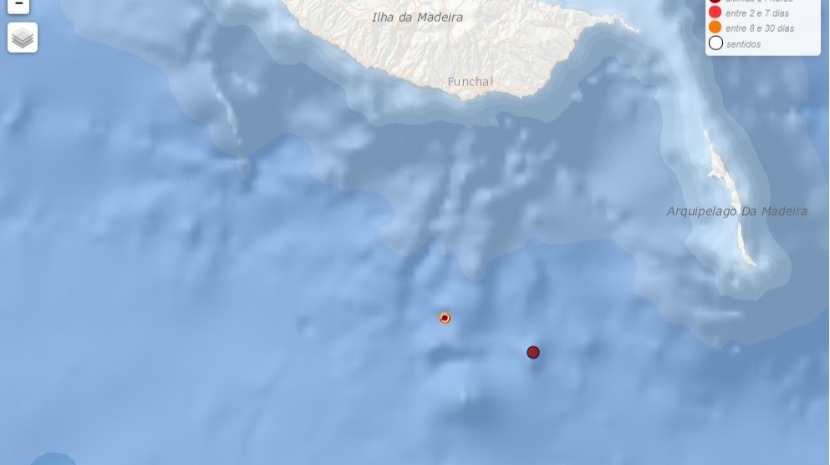 Earthquakes in Madeira “dormant, not extinct”

The Diario reports that in the opinion of the geologist engineer João Baptist it is necessary to have some restraint and above all to gather a lot of information about the earthquake and seismic activity in the coming days. From this information, work on the data, analyze and draw conclusions. “We know that our volcanic activity is dormant, not extinct, contrary to what can be said, and it is necessary to know how to interpret these signs well and see if there is a cause-effect relationship or not”, he defended. “But I can say that this type of earthquake is no exception”.

In the opinion of the researcher at the GeoBioTec Research Unit, it is important to assess seismic activity in the Region, see how often they occur, how the epicentres are distributed and “rethink a little” what is happening. See if there is an area with a higher probability of occurrence, as so far it has been somewhat dispersed. Last night’s 5.1 magnitude earthquake was recorded on the south coast, but there have been others off Porto Santo and on the north coast of Madeira. He also recalls that the earthquakes in Madeira are not new situations and that in 1848 there was one that strongly affected many historic buildings in downtown Funchal, namely the Sé tower.

In his view, it is important to contextualize the seismic part with the structural part. In the region, the islands are in a triple configuration. Porto Santo is aligned in the Northeast-Southwest direction; the Desertas towards Nor-Noroeste-Su-Sudoeste; and Madeira aligned east-west. “Although the Porto Santo volcanic building is on a seamount and Madeira Desertas is on another, we say that it is a triple radiated configuration. And it was interesting to interpret what is going on, if that configuration linked to the old rift that gave rise to Madeira-Desertas, if there is any activity in depth – there has to be – to have these manifestations and these energy dissipations on the surface”.

João Baptista says that before there was the idea that the earthquakes in Madeira were always reflections of the earthquakes of the Azores-Gibraltar fault. With these new developments, it is important to rethink this issue.

3 thoughts on “Earthquake felt in Madeira”