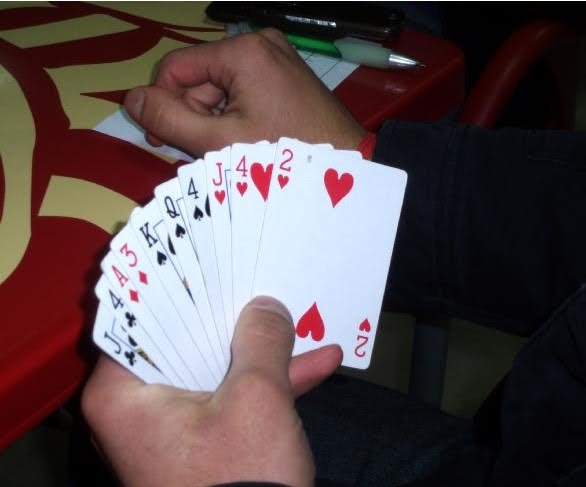 JN report from the Portuguese mainland that the owner of a cafe in São João de Ver, Feira, just south of Porto. was arrested yesterday afternoon for failure to comply with the preventive measures imposed under COVID-19 emergency regulations. The woman and the clients played cards on the terrace.

The owner had previously been warned by the GNR to the need to avoid behaviour that jeopardized due care to avoid contagion among customers.

The GNR returned to the site, early Thursday afternoon, and found a scenario identical to that of the previous visit.

Six customers, joined by the owner of the café, were playing cards, in a clear failure to comply with the measures imposed by the state of emergency.

The woman was detained, later identified, formally arrested and charged, and is now awaiting the progress of the legal process.

GNR da Feira has carried out dozens of inspection and awareness actions with some restaurant and café businesses, but despite the warnings many of the businesses remain open, thus facilitating the increase of contagion.

Thanks to Peter for the link.