Madeiran returning from Brazil reported by the public 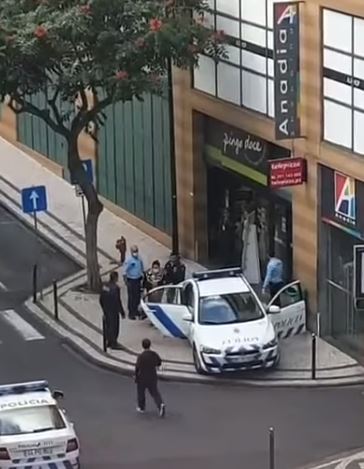 The Diario reports that the Public Security Police yesterday afternoon carried out the first detention for disobedience to the social isolation regime to which all people who disembarked at Madeira Airport are obliged, since the 20th of March.

According to Diario, the woman resides in Madeira and recently travelled to the Region on a flight from Brazil.

It is understood that the arrest came as a result of an alert to the police authorities that was reported by a citizen who overhead his wife say in public, when they were both at the Anadia shopping centre, that she had recently returned from Brazil but who refused to comply with the quarantine rules. She then denied that she had done so.

The Funchal Police Station of the PSP immediately mobilized two police vehicles that stopped in front of the Pingo Doce supermarket, on Rua do Ribeirinho. The agents, wearing gloves and masks, approached the woman, confirming the report, applied a mask and convinced her to go voluntarily to the police vehicle, caught in the DIARY video below.

The same woman broke isolation for a second time

Amazingly, having been taken home, the woman, who is now described as “elderly”, was back in Funchal this morning (Weds), when she was seen again on the Avenida do Mar, breaking the isolation rules once again. Police are attending and addressing the situation.

4 thoughts on “Arrest in Funchal for breaking isolation”